How do we storyline when not making a recommendation? 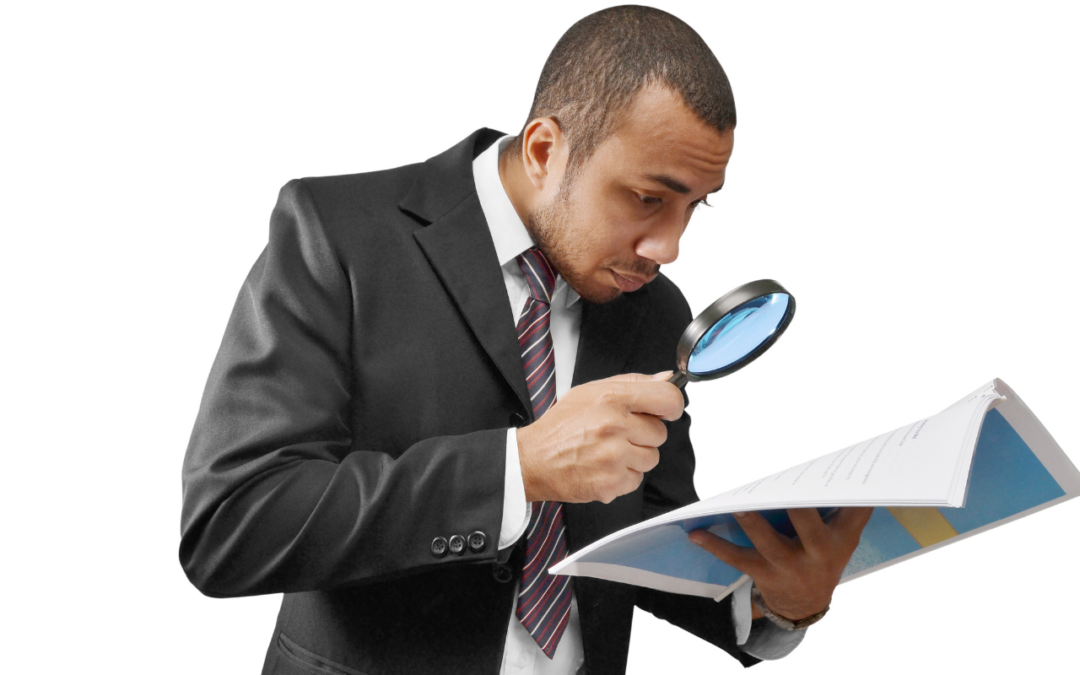 Have you ever wondered whether a storyline is the right tool to use when you are not providing a recommendation?

Perhaps you have been asked to undertake some analysis or are concerned that your audience may not want you to be too assertive or direct?

If so, you may enjoy some insights from this week's coaching discussions which conveniently follow on from last week's focus on communicating details.

When delivering analytical findings, particularly to a sensitive audience, summarise your findings rather than synthesising or recounting your analytical process.

Avoid describing what you did to deliver your findings, but rather focus on what you found.

This played out perfectly this week when a data analyst in a pricing team for an energy company needed to backtest the pricing model. His goal was to assess whether the model was accurately reflecting the market by checking actual versus predicted market pricing over the past quarter.

The temptation was to explain the steps he took to confirm that the model was accurate rather than explaining that it has proven to be accurate this past quarter because it ‘ticked all the boxes'.

Listing all the steps he took required the audience to work through his analytical process rather than focus on the outcome.

This is a common challenge I see at play among analysts, which could also play out if you were trying to navigate cultural sensitivities about being too forward.

Allow your audience to make the decision if you are concerned about cultural sensitivities around assertiveness.

When I was based in Asia, particularly in Hong Kong helping consultants communicate with mainland Chinese clients, we had to be very careful about how we couched our messaging.

Our advice was not going to be welcome if we were too assertive, and we needed to respect a specific cultural need for leaders to be seen to make their own decisions.

The role of consultants in these contexts is different than in more direct, Western environments so we tailored our approach accordingly.

The example on the left of our value ladder is more useful in this context, with level one being pretty clear that ‘Black' is the way to go without going as far as saying that. Some interpretation is still required by the decision maker, which allows them room to ‘make the decision'.

This approach can be used more broadly when making a recommendation without being seen to recommend.

I hope that helps. More next week!

PS – please note that in the example to the right you will see we jump from ‘four things to do' to ‘two ways to help'. This is because in the actual example we grouped the four into two parts as we elevated up the storyline hierarchy. 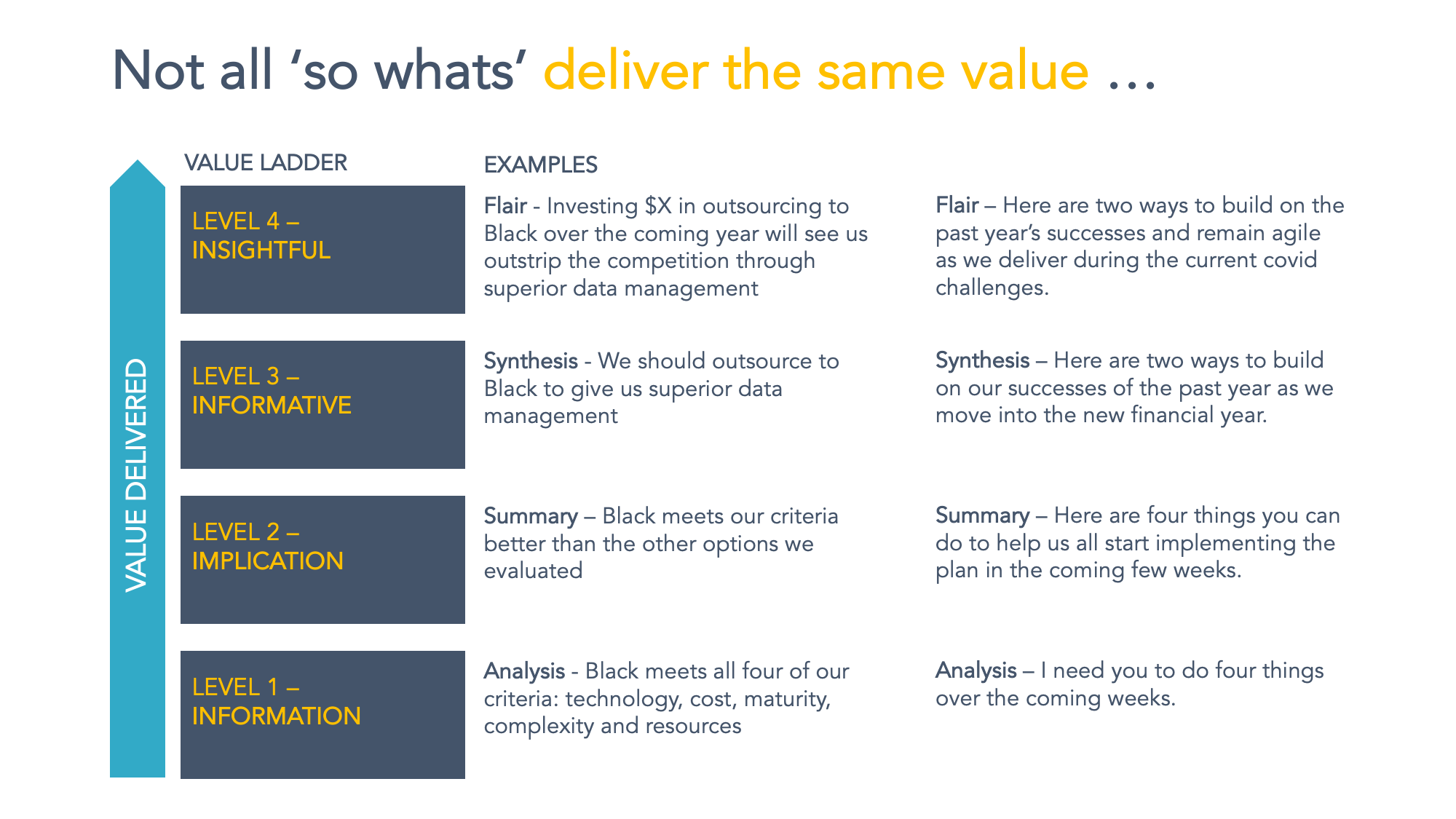