How to kill off unwanted email chains 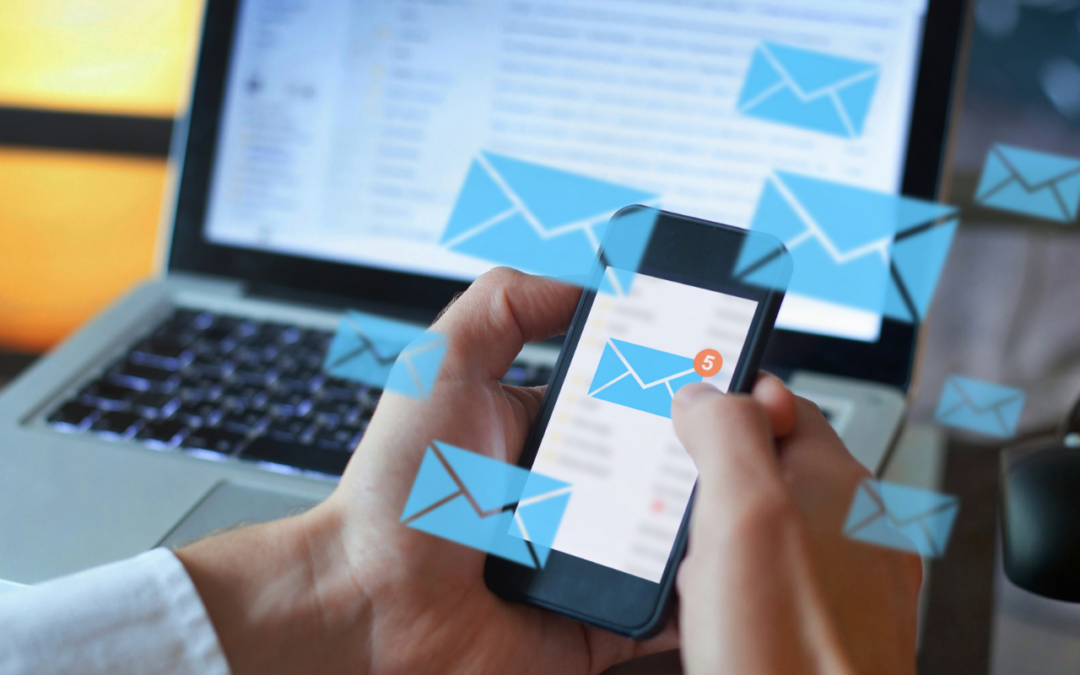 I wasn't sure if we'd have anything to work on during today's working session, but as usual I was proved wrong and wanted to share the insights with you.In walking the line between ‘what to storyline' and ‘what is too small to worry about' we extracted four useful takeaways:Storylining is worthwhile if it saves you work. In this case, Mia offered up a question about a short email that led to a useful structuring discussion. She wondered what she could have done differently to avoid a reply which led to another email on her part. Structuring helps work out what is wrong with even a short email. In this case, almost all the elements were all there, but the structuring wasn't quite right and something was missing which kicked off an unwelcome email chain.In reworking it to follow a CTQ format, we were able to craft something that was still short but which would have avoided the email chain.It's OK to write too many words in your first draft. Sometimes in drafting a communication we start with waaaay too many words, which is what happened for us. However in doing so we were able to identify the key points and easily strip it back to a sensible length.Matching language patterns is a powerful way to untangle ideas within a list. In this case we had a couple of ‘random' points that we grouped as ‘things to note'. When we did this, we could see they weren't initially parallel, which in turn led us to question whether the ideas were MECE. Unpacking it further, here are the commonalities we noticed between the two items. They

I've included the before and after email below, along with annotations to highlight the changes we made. 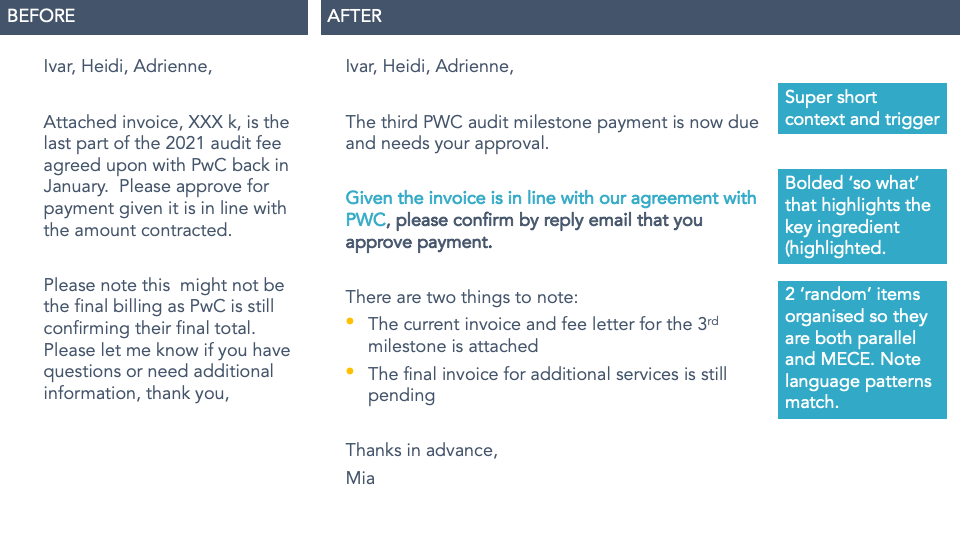 So, even though this was a very simple email, we were able to rework it and extract some useful learning from it.

You can watch the full recording and download the session notes below.

I hope you can use it as a pattern for your own simple emails so you too can minimise the risk of kicking off unwanted email chains.